OPENING THE DOOR FOR COMPROMISE: DAVIS V. BANDEMER AND THE CONFLICT OVER PARTISAN GERRYMANDERING
(Palma J. Strand)
THE QUESTIONS
In Davis v. Bandemer, the Supreme Court answered two important questions:
Is Partisan Gerrymandering Justiciable* Under the Equal Protection Clause?
*justiciable: capable of being decided by legal principles or by a court of justice
- Merriam-Webster Dictionary 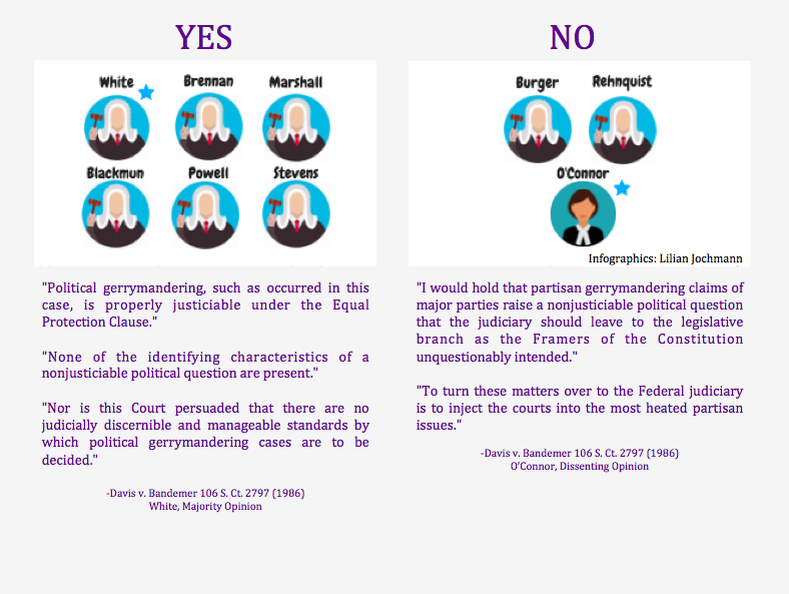 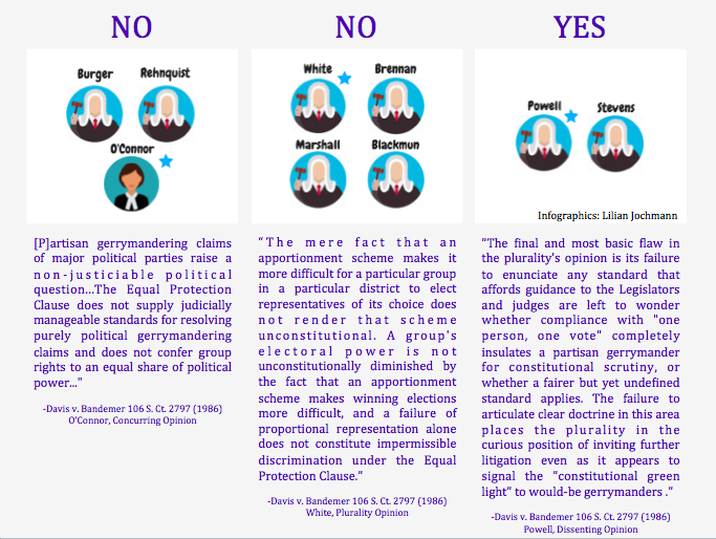 The Court grappled with the second question from October 1985 until June 1986.

Justice Powell issued a dissent, arguing the redistricting plan was an unconstitutional partisan gerrymander and advocating for a "totality" approach that would have set a lower bar for unconstitutionality.
In summary, the Court divided into three distinct ideological viewpoints on these two questions. By answering YES to justiciability and NO to unconstitutionality, the White opinion found compromise between the O'Connor position (NO/NO) and the Powell position (YES/YES).